Microbiological Influenced Corrosion (MIC) is caused by biological organisms (Microbes) that form bacterial colonies. MIC will actively or passively attack metal in a fire sprinkler system. Active MIC will establish new corrosion areas. Some factors that contribute to the development of mic in sprinkler piping are pH, area defects, deposit, temperature, lack of flow, and oxygen concentration. Byproducts of Active MIC are acids and/or ammonia. Active MIC is localized and normally the point in which pinhole leaks are formed. Passive MIC is normally produced by the biological waste products forming a gel like mass. This mass can extend over large areas, which will accumulate additional deposits. These deposits are normally found on the bottom side of horizontal pipes. These deposits will cause flow obstruction within fire sprinkler systems. Passive MIC will attack large areas and accounts for the greatest metal loss.

Learn how to test a sprinkler system for mic. 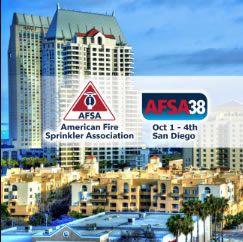